A primary source is typically an original document, recording, or object from the time period being studied. It is the point of view from a person who experienced the event/action or who witnessed it.

Some examples of primary sources include:

Using the key words in the table below may be useful when searching the databases for primary sources. 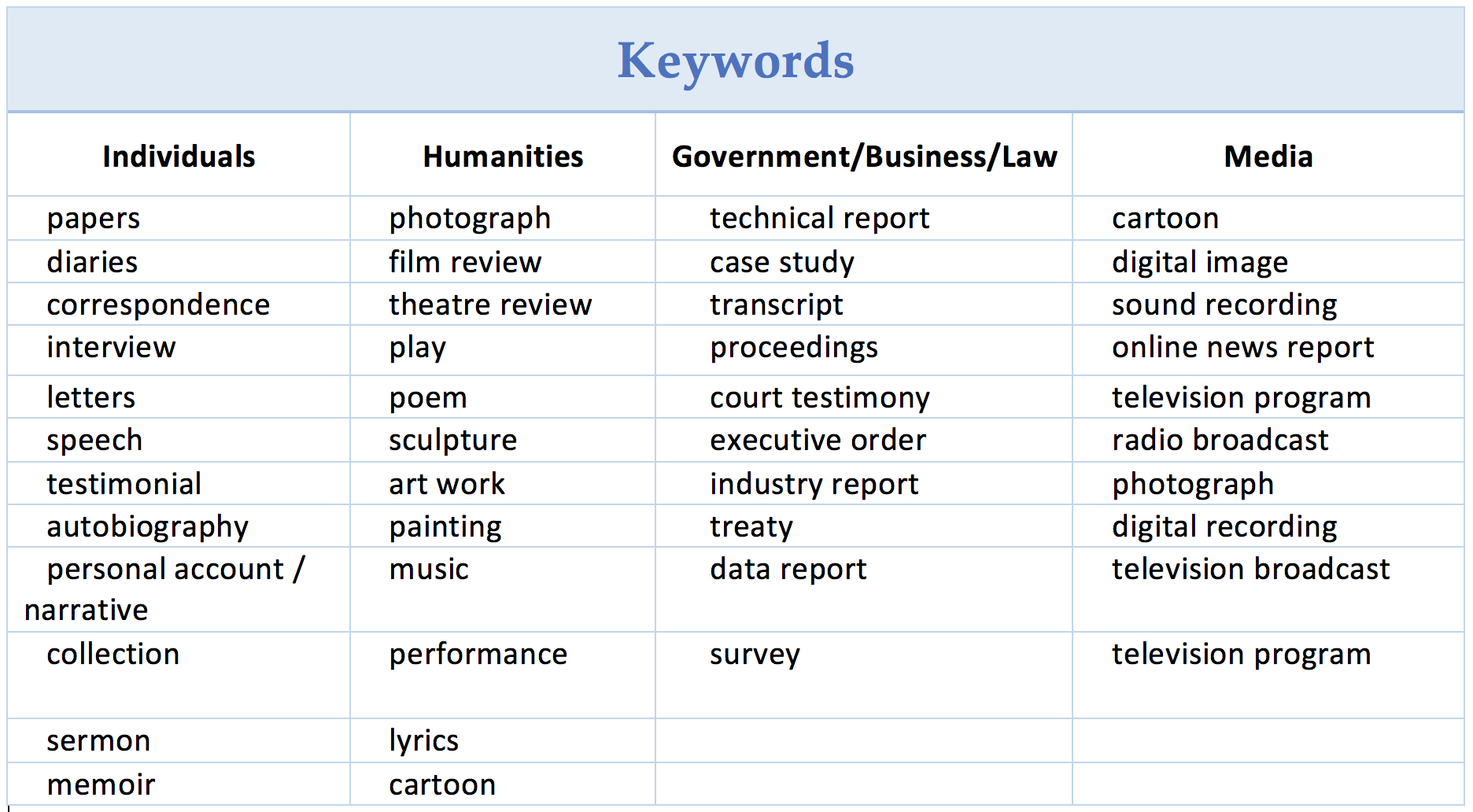 **The the majority of the content in this table was borrowed from the Adelphi University research guide on primary sources.